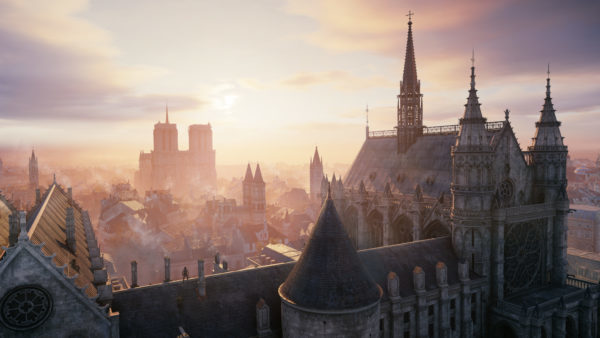 Ubisoft could play an important part in helping to rebuild the Notre Dame in Paris after the roof caught fire earlier this week. Business leaders in France have pledged millions to the project, including $500,000 from Ubisoft, but Ubisoft may play an even more vital role.

Carolyn worked closely with historians to work out where the artwork belonged and ensured that every brick was in the right position. These detailed 3D maps could be useful in ensuring the rebuild is accurate. Additionally, a Ph.D. student also reached out on Twitter to share information regarding the 3D laser maps of the Notre Dame that were created by art historian, Andrew Tallon, who sadly passed away in November 2018. His work may also be crucial to the rebuild.

In addition to access to Ubisoft’s 3D maps and the donation, Ubisoft has made Assassin’s Creed Unity free on the PC until April 25, 2018. This gives everyone the chance to explore Notre Dame Cathedral in game. Get your free copy (which will be playable forever once you own it), here. Or open your Uplay launcher if you already have it on your PC.